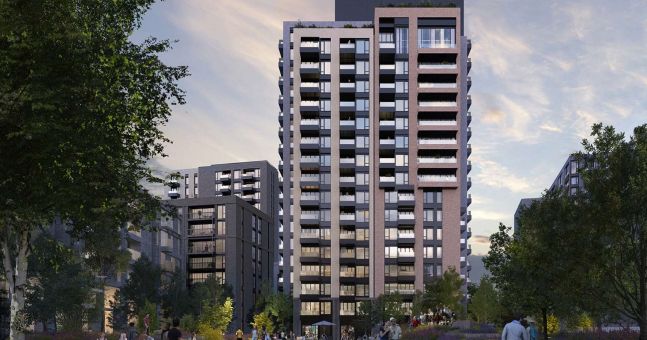 Is Dublin 8 ready for high rise?

The former Player Wills factory has long been a contentious site in Dublin 8. Built to designs by Beckett & Harrington for W.D. and H.O. Wills in 1935, this building remained in use as a tobacco factory until 2005. Its form, scale and design make it an imposing presence on South Circular Road, and its’ obviously industrial function creates a striking contrast to the predominantly domestic architecture of the street. In recent years, the site has been used as a set for TV shows.

In recent days, the site and the developers have hit the headlines with a 19-storey building among its new plan submitted to An Bord Pleanala. The plans submitted include a scheme of 732 apartments, one third of which would be co-living units. This has caused consternation among the local Dublin 8 residents, who have an issue with overlooking and blocking light in the area. The area is predominantly low-rise with 2 storey red-brick dwellings lining the South Circular Road and surrounding roads.

This site sits directly opposite our office so we will be keeping a keen eye on any developments in this story. We’ll bring you all the latest when we have it.

While there is a need for high rise buildings within the city, it remains to be seen if this site will be among them. Further information can be found on the Irish Times story released on Thursday:

‘Horrendously out of proportion’: Residents set against 19-storey apartments (irishtimes.com)